"It is unwise to be too sure of one's own wisdom. It is healthy to be reminded that the strongest might weaken and the wisest might err."

As soon as word got around that the mighty Titanic had sunk scarcely four days into her maiden voyage, the whole world started pointing fingers. Whilst it was clear that the sinking of the ship had been the product of an accidental collision with an iceberg, there was a necessity to find culprits for the havoc that unleashed from it. While some investigators blew the whistle on Captain Edward Smith for knowingly cruising at 22 knots through an ice field - a warning that had been provided by other nearby ships through radio -, these accusations proved to be pointless in the end, since it was an ordinary maritime procedure at the time for ships to cruise at top speeds, and even more so in waters as tranquil as those of the night Titanic sunk. Not until an obstacle was sighted, or peril arose, was it that engines' speed should be lowered or any actions taken to avoid disaster. Therefore, since it was only seconds before collision that he was alerted, Capt. Smith's malady wasn't a lack of caution, but rather of time.

On the other hand, it was White Star Line's chairman, Bruce Ismay, was blamed for not having equipped the vessel with enough lifeboats for all passengers onboard. Notwithstanding, given the fact that back in the day lifeboats were designed to be no more than a means of getting passengers onto rescue ships, the 40 lifeboats the Titanic carried were, in reality, considered to be more than enough, and sufficiently apt to fulfill their purpose.

However, it was Harland and Wolff's naval architect, Thomas Andrews, who truly took the blame for the Titanic's disaster, since he was held responsible for a variety of defects believed to be contained in the ship's infrastructure and which were thought to have amounted to the middle section's rupture, such as weak rivet-heads that popped too easily and an assembly of steel plates that did not withstand pressure adequately, allowing not only for the flood of the lower decks, but also the for the rupture of the ship. 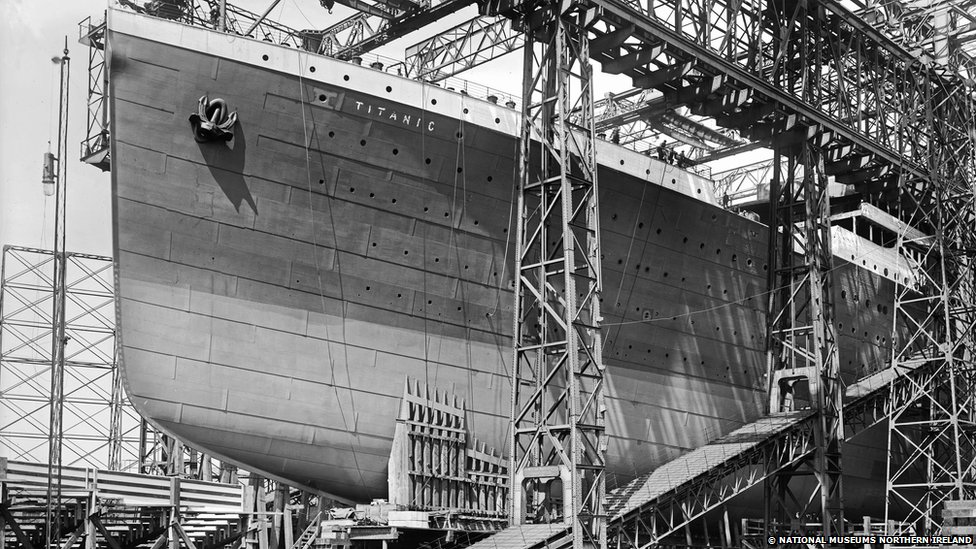 Such were the inculpations the world perpetuated for over a century, until Dave Gallo's team, along with other scientists, tested the pressure an assembly of 19th century steel plates and rivets mimicking those of the Titanic's blueprints could withstand. The results were plot-twisting: although a couple of rivets popped, the overall structure of the plates remained intact under even 30,000 lb. of pressure, providing no cracks through which water could seep in, proving that neither the ship's design, nor Andrew's work was flawed.

Therefore, Gallo's party concluded, the pressure the hull endured in the disaster must have been overwhelming to even the most sturdy of edifications, as was Titanic's. Furthermore, the fact the ship broke in half cleanly - since the debris found was deemed product of the sections' collision with the ocean bed - does nothing but further prove this point. In fact, the vessel's structure was so well built that it even outdid Andrew's calculations, remaining afloat for over an hour more than the architect himself had expected.