A Disaster at Sea

Barely had four days passed after the Titanic's departure from Queenstown, Ireland, where the last of its passengers had hopped on, when, at around 11:40 p.m. of April 14, the ship suffered a fatal encounter with an iceberg in the midst of the Atlantic ocean. According to survivors, the weather that night was completely out of the ordinary. Waters were calmer than most sailors had ever seen, and the moonless sky above shone dully, blotted with the freckled glint of stars which did nothing to alleviate the absence of light. The Titanic was enveloped in a cloak of misty darkness, and the lookouts' range of vision was near null. In fact, the iceberg, which lay dead ahead, was reportedly sighted so tardily because all that the observer on post managed to discern was a vast blotch of darkness obstructing the light of the stars - the iceberg's murky silhouette: the alert to the captain's deck was overdue.

Coupled with the cruising speed of 22 knots at which the ship had been plowing through the ice field - which, although often regarded as fatally irresponsible by historians, was not the product of Captain Smith's ignorance, since it was common procedure at the time to lower speeds only after any potential danger made itself known - this late sighting amounted to the futility of the crew's efforts in preventing the crash: the engines were immediately geared into full reverse and the vessel was veered sharply away from the collision course, but the iceberg managed to nevertheless graze the bow's hull, making a hole around 230 ft. long, which, despite the majority of the personnel's belief of the collision being nothing but a scratch, was enough for water to seep in at an unstoppable 7 tons per second. 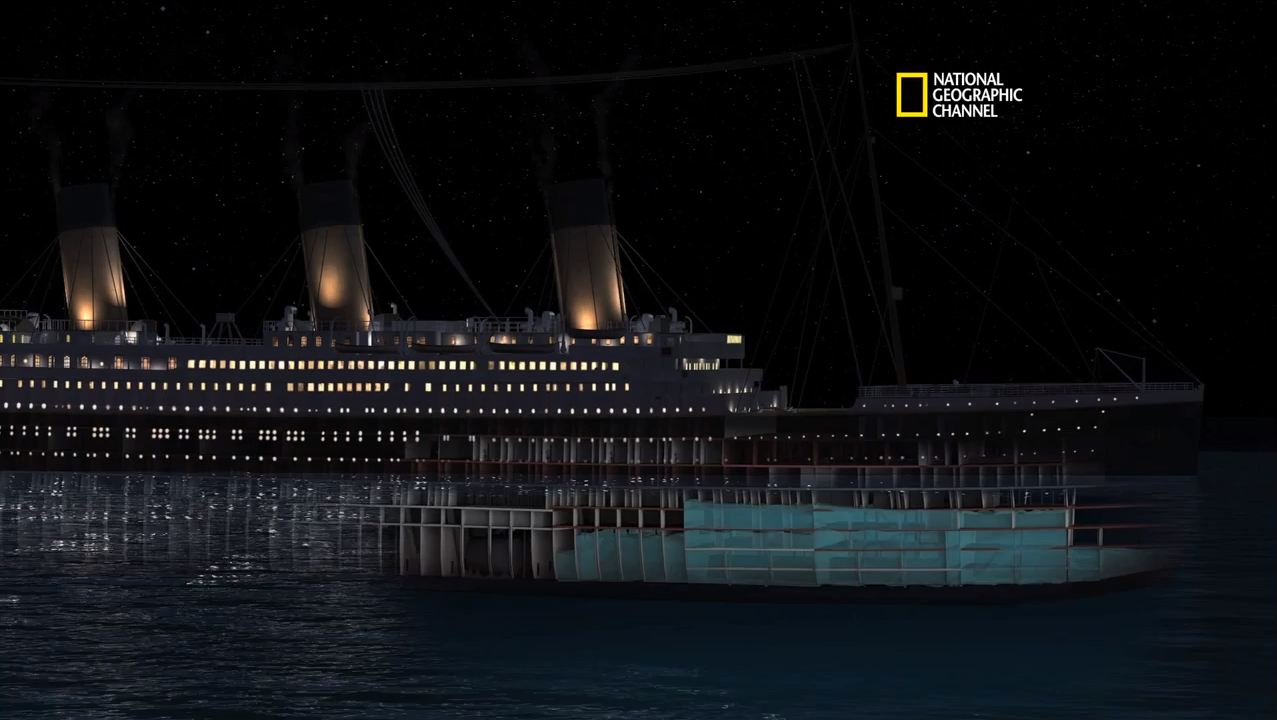 By the time the captain had evaluated the situation, multiple compartments in the lower decks had been flooded completely and the ship's bow had begun to sink. Radio operators handling the set of Marconi wireless equipment were immediately set to the task of radioing distress calls to nearby ships, and the 40 lifeboats, which were able to provide salvation for only 1,200 people, began to be lowered frantically as havoc wreaked onboard. Estimates made by Thomas Andrews, of the Harland and Wolff shipbuilder, indicated that the Titanic's body had just one hour and half of life left - not nearly enough time for 2,400 people to be saved.

In less than three hours, the vessel sank completely, taking with it the lives of 1,500 passengers. From first class, two-thirds survived. From second, only 40% made it. And from third, just a quarter of those who had embarked on the maiden voyage of history's most luxurious and titanic ships to date avoided perishing, alongside its carcass, in the depths.

It was then that the RMS Titanic, once deemed "unsinkable" by mortals, suffered the wrath of nature.