The Graveyard of the Depths

"The life of the dead is placed in the memory of the living."

Located 350 miles southeast of Newfoundland, Canada at a depth of 2.3 miles, and spanning a total area of 7,260 football fields, the Titanic's wreck houses the scattered remains of what was once the greatest vessel the human eye had ever witnessed. The morning after the disaster, only 705 survivors were counted on the decks of the Cunard Line's Carpathia, which had received the Titanic's SOS signals after the iceberg's collision. As soon as the rescue ship reached New York, Senator William Smith from Michigan commenced an investigation, concluding, with the agreement of the British Board of Trade, that the RMS Titanic, contrary to the accounts of several witnesses, had sunk in one piece.

Such would be the veritable truth the world would adopt for the following 70 years until an expedition led by Robert Ballard in 1986 would effectively dispel Senator Smith's mythic claim, announcing that the long-forgotten Titanic had really suffered a rupture across its middle section, violently separating the vessel into bow and stern. This finding would completely alter the countless hypothesis backed by investigators and archaeologists regarding the truth of the ship's demise.

No sooner had Ballard's finding proliferated across the world's papers than researchers began to ask questions: Ships aren't built to break in half, so why did the mighty Titanic, deemed unsinkable by its creators, do so? Was there a fatal flaw in the vessel's design, or was the construction of the hull, or the hull itself, defective? But most importantly, how, then, did the sinking unravel? 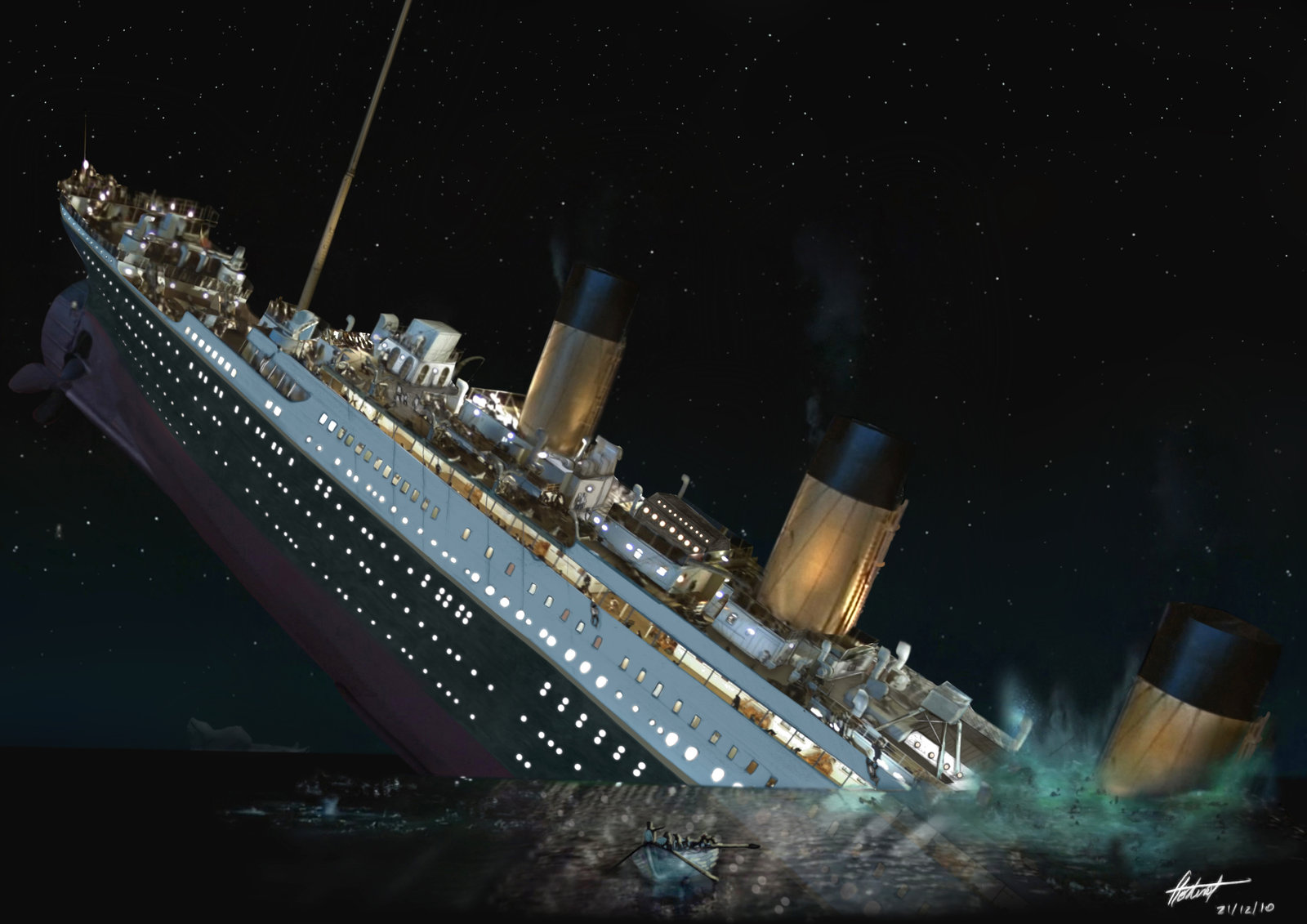 Coupled with the findings of the 2005 exploration, in which two sections of the White Star liner's hull were found to fit together, indicating the exact location of the boat's rupture, the finding of the truth behind the Titanic's wreckage became all the rage. Maritime researchers struggled to understand what had actually occurred in the Atlantic's treacherous waters that night. However, to understand the details of the sinking they would need to first examine the middle section lost in the depths, and the technology such an investigation demanded, they soon realized, was not yet available, so they would have to wait.

It wouldn't be until nearly a decade later, when an expedition led by a group of scientists on the ship Jean Charcot, aided by the use of robots and sonar equipment, was able to accurately map out the entire wreck site and closely evaluate the long-sought middle section of RMS Titanic.

Having reviewed the evidence collected, and after endless hours of crime scene-level analysis of the bits and parts scattered throughout the Atlantic ocean's most mysterious wreckage, researchers concluded that, since the hull had been gashed towards the front end of the ship, the Titanic had sunk bow-first into the depth, raising the stern above the water level while the structure was still intact. 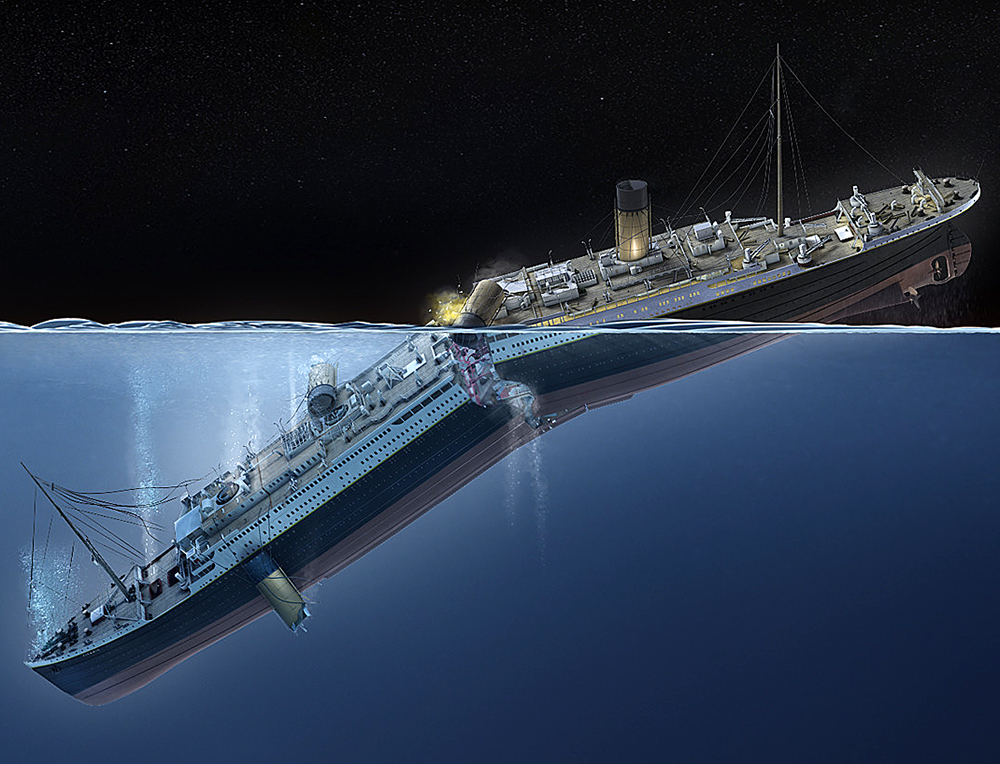 But the gargantuan weight of the vessel's visible section, with propellers glistening in the midnight sky, was too much for the structure to handle, and so the middle section fractured, leaving the bow, now completely sunk underwater, hanging by a thread of the hull's steel plates.

But it was now the gargantuan weight of the bow which finally cut the tether that did naught but delay the unavoidable fate that awaited the RMS Titanic 2.3 miles below, and so the front end of the ship sank in a spiral below the stern, which soon followed.

Approximately five minutes later, both sections brutally crashed into the ocean's bottom with mind-boggling force, morphing their structures into distorted wreckages, never to be seen again by the night's stars.